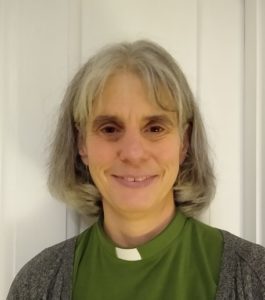 The Rector (minister) of St Mark’s is the Rev Canon Dr Sophia Marriage.

Sophia joined St Marks in November 2011, having previously served at St Martins, Dalry and as Co-ordinator for the Diocese of Edinburgh’s Continuing Ministerial Development Programme. She currently sits on the Edinburgh Diocesan Information and Communication Committee and convenes the Diocesan Ministry and Mission Committee. Prior to ordination, Sophia worked in Public Relations, both at the Scottish Refugee Council and at the University of Edinburgh.

Sophia is married with three daughters.

The Curate of St Mark’s is Rev David Todd.  David joined St Mark’s on a placement as part of his training in September 2019 and became Curate after ordination as a Deacon in October 2020. 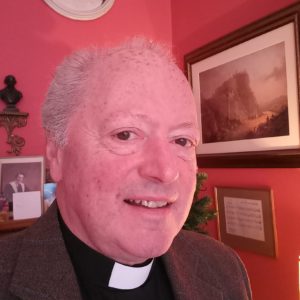 He was a licensed Lay Reader before ordination and works as a Theatre Chaplain to the four big theatres in Edinburgh.  He was previously Warden at the Cathedral of The Isles and before that worked in the arts in orchestra, concert hall and theatre management.  He was the first Theatre Manager of Edinburgh Festival Theatre.

A vestry is an elected church council who make decisions on behalf of the congregation. These can range from organising activities and managing finances to caring for property and planning for the future. Under charity law, the members of the Vestry are the Trustees of the church.

There are 12 serving vestry members at St Mark’s, including office bearers – a secretary, treasurer, churchwardens and lay representative to Synod.